The analysis of CCM, Regional Trade Union Office Kavadarci which was presented by the General Secretary, Stojko Murdzhavalevski on the working meeting held on 04.03.2016 in Kavadarci in the framework of a survey conducted in Kavadarci, Negotino, Demir Kapija and Gevgelija showed that after the adoption of the OHS Law the occupational health and safety at work has been drastically improved.

This finding and the presentation of experiences of the present Presidents of TU organizations, representatives for Safety and Health at Work, representatives of the management and the State Labor Inspectorate were presented and analyzed during the meeting. CCM in cooperation with MOSHA launched OHS campaign within the project “Strengthening of the partnerships of civil society and state institutions in the creation and promotion of the right to safe and healthy working environment – Basic Human Right”.

This project shall last 15 months and CCM continues to be actively involved in the campaign for safe and secure jobs. The President of CCM, PhD Zhivko Mitrevski emphasized the importance of the implementation of the legislative amendments to the OHS Law and improved legal position and controlling position of the TU representatives. 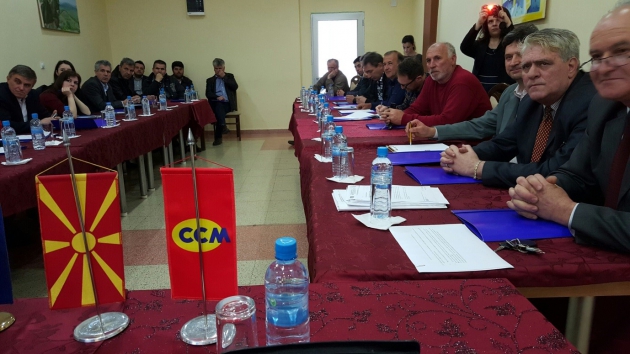 SSM IMPROVED OHS IN KAVADARCI – Attendees on the meeting

CCM together with MOSHA on 4.3.2016 in Kavadarci organized a working meeting within the project “Strengthening the partnership of civil society and state institutions in the creation and promotion of the right to safe and healthy working environment – Basic human right” together with Presidents of TU organizations,  representatives of municipalities and local government, representatives of private enterprises and civil society organizations

The project objectives and amendments to the OHS were presented during the meeting.

On this meeting his speech had the President of CCM, PhD Zhivko Mitrevski, Vesna Ristovska, Project coordinator and Daniela Indova, a biodiversity expert. Also, The General Secretary of RTUO Kavadarci presented the analysis of the situation regarding OSH in the region of Kavadarci. 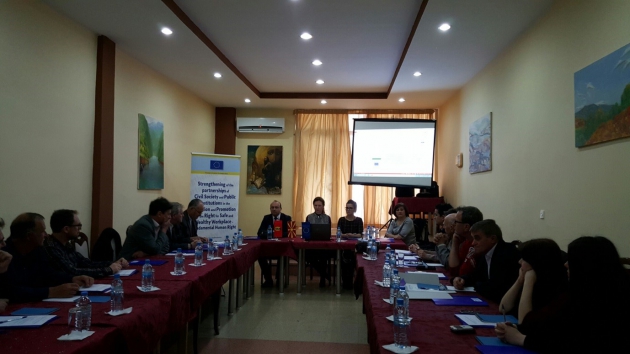