Hosted by the Slovenian presidency of the Council in Brdo pri Kranju, the EU-Western Balkans summit brought together leaders from:

During the summit, EU leaders adopted a declaration, with which the Western Balkans leaders have aligned themselves.

The declaration reaffirms the EU’s unequivocal support for the European perspective of the Western Balkans. It sets out initiatives to support connectivity and the green and digital transitions in the region, and commitments in the area of political and security cooperation.

The declaration also refers to a range of concrete deliverables benefiting the Western Balkans, including:

The leaders reaffirmed their unequivocal support for the European perspective of the Western Balkans, which is of mutual strategic interest and remains a shared strategic choice.

The EU reconfirmed its commitment to the enlargement process and relevant decisions taken, based upon credible reforms by partners, fair and rigorous conditionality and the principle of own merits.

EU leaders also recalled the importance for the EU of being able to maintain and deepen its own development, ensuring its capacity to integrate new members.

The Western Balkans partners reiterated their dedication to European values and principles and to carrying out necessary reforms in the interest of their people. 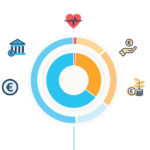 Infographic – COVID-19: over €3.3 billion support for the Western Balkans

The leaders recalled that through their close and effective partnership with the EU, the Western Balkans have been closely involved in a number of EU initiatives to combat the pandemic.

EU leaders committed to further improving partners’ access to vaccines, diagnostics and therapeutics. They pledged to help all Western Balkans partners reach similar vaccination rates to the EU average by the end of 2021.

Ahead of the summit, the EU and its member states had already provided 2.9 million vaccine doses to the region, in addition to health and socio-economic support totalling an unprecedented €3.3 billion. 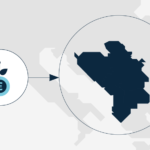 The EU is the Western Balkans’ main political, economic and trade partner. Through the EIP, the EU is now providing unprecedented financial support mobilising some €30 billion for the region over the next seven years.

The EU will provide €9 billion worth of grant funding through 10 investment flagships. In this way the EIP aims to:

The EIP will also help attract public and private investments, backed by the Western Balkan Guarantee Facility, which has a potential to mobilise €20 billion.

The EIP investments are meant to be a driver for positive change for the Western Balkans. However, this will only be sustainable through a joint effort by all sides.

The EU support is therefore linked to tangible progress on the rule of law, socio-economic reforms and adherence to European values, rules and standards.

The EIP will be complemented by a range of new initiatives to support the green and digital transitions, regional integration, and connectivity as well as social and economic recovery.

The leaders welcomed the agreement on the action plan for the Green Agenda, which will be a key driver for the transition to modern, carbon-neutral, climate-resilient and resource-efficient economies.

The EU will continue to support inclusive regional cooperation.

The leaders agreed to step up efforts to enhance the market integration of the Western Balkans with the EU Single Market, including SEPA (Single Euro Payments Area).

They welcomed the roadmap for roaming, which will chart the course for lower roaming costs between the EU and the Western Balkans, building on the free roaming regime applicable in the region since 1 July.

They also launched an Innovation Agenda for the Western Balkans to promote excellence and opportunities in the areas of innovation, research, education, culture, youth and sport.

EU leaders noted that standing together with the EU was a clear sign of the Western Balkans partners’ strategic orientation. This should be reflected through the full alignment with EU foreign policy positions.

We re-assert our expectation that partners will further deepen cooperation in the area of Common Foreign and Security Policy (CFSP) and make tangible and sustainable progress towards full alignment with EU foreign policy positions and act accordingly, including with positions in international fora as an important part of their European path.

With the EU and the Western Balkans facing numerous common security challenges, the leaders agreed to strengthen their cooperation on:

The EU also expressed its readiness to strengthen its support for Western Balkans partners in addressing migratory challenges. The focus should be on the improvement of asylum systems, tackling migrant smuggling and illegal migration, returns processes, border management, information exchange, and reception capacity.

To reflect the importance of the close relationship between the EU and the Western Balkans, the leaders decided to regularly hold EU-Western Balkans summits, with the next one planned for 2022.

On 5 October, on the eve of the summit, President Michel invited EU leaders to discuss the EU’s role in the world. They recalled that the EU is a staunch supporter of multilateralism and a defender of a rules-based international order. They debated the following topics:

The summit was part of the implementation of the European Council’s 2019-2024 Strategic Agenda.

(all factographs produced by the European Commission)

The last EU-Western Balkans summit, in 2020, was held in virtual format owing to the COVID-19 pandemic. It was hosted by the Croatian Presidency of the Council.

The previous in-person summit between EU and Western Balkans leaders was hosted in Sofia in 2018 by the Bulgarian Presidency of the Council.

* This designation is without prejudice to positions on status, and is in line with UNSCR 1244/1999 and the ICJ opinion on the Kosovo declaration of independence.