The collapse of one the country’s few profitable manufacturing companies at the hands of an ethnic kleptocracy illustrates the dead end that has come to define Bosnia’s politicized economy.

The near total collapse of Aluminij Mostar, Bosnia and Herzegovina’s one-time aluminum processing giant, has been the story of the country’s infernal summer. The numbers alone speak of the scale of the disaster: at its peak, Aluminij was the third largest exporter in post-war Bosnia, processing over a 100,000 tons of aluminum per year, employing nearly a thousand workers in its Herzegovina hub, and keeping another 10,000 workers afloat thanks to its assorted activities.

The company’s now seemingly unavoidable bankruptcy will have devastating affects across the country, but also in neighboring Croatia, whose government  – behind Bosnia’s Federation entity – is one of the two primary stakeholders in Aluminij.

How could a leading metals processing company collapse in the midst of a global construction boom? More to the point, who precisely is responsible for killing one of the few profitable manufacturing companies in Bosnia?

Those immediately responsible, of course, are the company’s inept and corrupt managers who “succeeded” only in amassing a 218-million-euro debt during their tenure, most of which Aluminij owes to the local EPHZHB power company. Although energy prices have been a concern for the firm since the last, chaotic days of the former Yugoslav period, it is striking that one government-owned company – presumably of vital national strategic interest – is going out of business because of its debts to another government-owned company.

This situation is even more remarkable given even a cursory glance at global aluminum prices. While aluminum prices have not fully recovered from their peak just before the 2008 financial crisis, they have returned to their price point in the early 2000s – which is higher than what the metal was trading for during most of the 1980s and 1990s. In short, it is a fluid market but not a volatile one, and on the back of it companies like Rio Tinto, Alcoa, and RUSAL have become some of the largest corporations in the world.

The problem is not, then, that aluminum is not a profitable commodity. The problem is not merely managerial incompetence, either. The structural cause of Aluminij’s collapse is political patrimonialism.

Those responsible for the company’s demise are the leaders of the Croatian Democratic Union, HDZ BiH, Bosnia’s main ethnic Croat political party. It is they who have (in)formally controlled Aluminij since the early 1990s, during which time they ethnically cleansed the company’s workforce and replaced its management with incompetent political stooges.

In fact, as early as the late 1990s, international auditors observed the company was a den of political and financial criminality, with the then British ambassador noting that Aluminij’s “[mono-ethnic] ownership structure was illegal and the company scandalously managed”.  There is no confusion about any of this among Aluminij’s beleaguered workforce. When Dragan Covic, the long-time HDZ BiH leader and two-time state presidency member, arrived in Mostar for emergency talks on the company’s imminent collapse, he was met by an angry mob, several hundred strong. If their chants of “Dragane, lopove!” (“Dragan, thief!”) did not make their views sufficiently clear, their repeated attacks with bottles and stones on his motorcade, and the cordons of riot police shuttling Covic from meeting to meeting, certainly did. 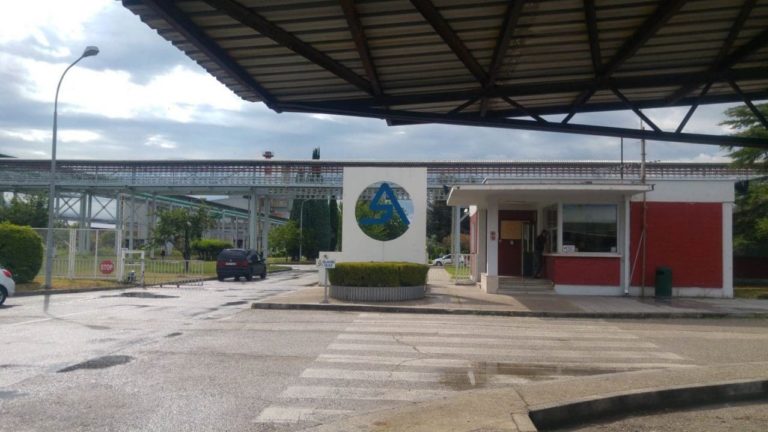 The scenes were the most visible and volatile display of public anger in Bosnia since the infamous 2014 protests. And like those heady days in February five years ago, the root cause was also socio-economic rather than ethnic. Indeed, the case of Aluminij neatly illustrates the dead end of the ethnic kleptocracy that has come to define Bosnia’s post-Yugoslav political economy.

After all, Aluminij did everything that the ethnic cartels in Bosnia promised would bring their respective communities prosperity: the management and workforce were ethnically homogenized, the company was placed under the control of the leading “national” party, and the party’s leadership, in turn, was permitted to use Aluminij as its personal cash cow. The result, unsurprisingly, was not prosperity but ruin, above all for the ordinary women and men of the community that this brigandry was supposed to serve: the ethnic Croats of Herzegovina.

But the tumult in Mostar also shows a possible path forward: Bosnian Croats must insist on accountability from the responsible entity and state institutions, and must demand that these pursue criminal investigations against all the parties responsible for Aluminij’s collapse, including the leadership of the HDZ BiH.

Covic and his inner circle cannot be allowed to escape yet another corruption scandal, as they have done before on at least three separate occasions, in 2006, 2010, and 2012. Besides, if Bosnian investigators can arrest the brother of an Indian steel mogul, and one of the richest men in the world, surely they can confront the executioners of a local aluminum smelter.

If, as is likely, though, Bosnia’s deeply criminalized law enforcement institutions do not press charges against all the relevant parties and prosecute them, it is up to the citizens themselves to punish Covic et al. The HDZ BiH cannot continue to rob its constituents, only for the latter to reward them, time and again, with the electoral mandates they require to maintain control over large segments of the country’s sweeping grey economy.

If HDZ BiH voters are not, as is likely, ready just yet to cast their votes for multiethnic parties like the Social Democrats, the Democratic Front, the Civic Alliance, or Nasa Stranka, then let them vote for any of the plethora of ethnic Croat opposition parties in Bosnia. As I have previously said with respect to both the Bosniak nationalist Party of Democratic Action, SDA, and the Serb nationalist Alliance of Independent Social Democrats, SNSD, any conceivable progress in Bosnia depends on breaking the political and economic monopoly of the ruling nationalist triad.

Unless the architects of Aluminij’s demise are identified and punished, and an accompanying comprehensive anti-corruption strategy is applied equally across the country, ideally with the support of the international community, this will not be the last social or economic catastrophe to befall Bosnia’s citizens.

If institutional justice is not served, the events in the streets of Mostar, much like the 2014 protests, foretell the inevitable result: tumult and revolt.

Jasmin Mujanovic is a political scientist specializing in the politics of Southeastern Europe. His first book, ‘Hunger and Fury: The Crisis of Democracy in the Balkans’, is now available.

The opinions expressed in the Comment section are those of the authors only and do not necessarily reflect the views of BIRN.